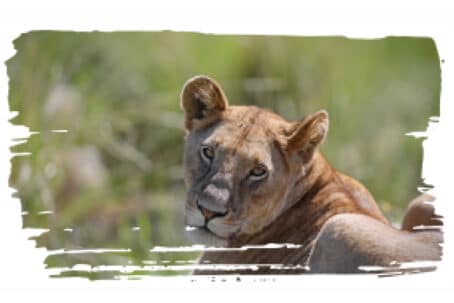 Adopt a lion and receive

Lions live in prides consisting of a few adult males, related females and their cubs. Hunting is largely done by the female members of the pride, with the males protecting the pride and its territory.

Lions in the wild are found in grassland and savanna habitats in sub-Saharan Africa. There is one exception which is a small population in the Gir National Park in western India.

Lions are listed as vulnerable on the IUCN Red List as populations in Africa have declined by more than 40% in the past 30 years.