Why Do Dogs Love Humans? 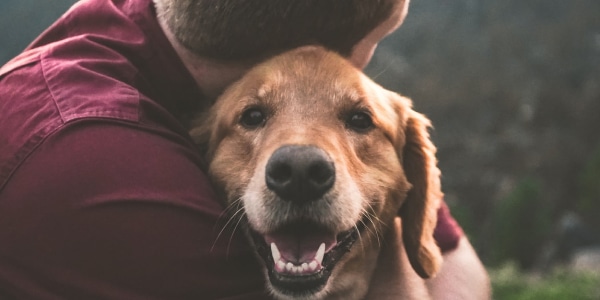 Research from Princeton University has studied the underlying genetic basis for social behaviour in dogs and wolves.

The results show that dogs are more social than wolves that are raised by humans. Dogs pay more attention to humans and are more willing to follow directions and commands.

Dogs carry a variation in 2 specific genes. A lack of the same genes in humans causes Williams Syndrome, a characteristic of which is extreme interest in other people.

The research suggests the gene variants in dogs leads to a similar scenario in terms of sociability. Breeding over many years has contributed to this characteristic being more pronounced in dogs compared to wolves.

In all 3 scenarios wolves outperformed dogs by a large margin. That margin increased when there were humans present. Effectively dogs were more distracted by humans. They were too busy looking at humans to open the box.

The research was only carried out using a small number of animals so it limits the strength of what they found but the results are still very interesting. There is enough evidence to suggest that the small genetic differences are what make domestic dogs more social with humans.

Why Do Dogs Love Humans?