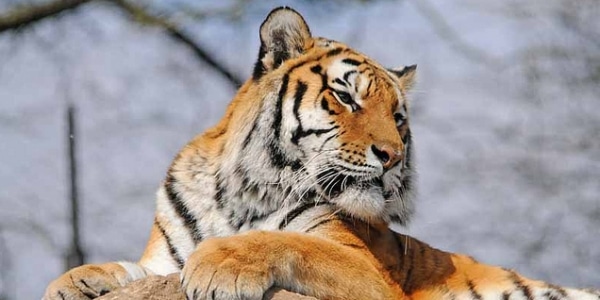 The most ambitious conservation goal ever set

Tx2 is arguable one of the most ambitious conservation goals ever set for a single species and can only be achieved with complete cooperation of the 13-tiger range countries. Instead of focusing on rescuing tigers at the site level or even at the country level, WWF has adopted a long-term approach and is seeking to work across entire habitats, encouraging cooperation across borders. This means increasing protection in areas where tigers roam through the creation and maintenance of wildlife corridors that connect these areas as well as increasing the resources for tiger protection in the future.

Tigers are critical for their ecosystems

Global tiger conservation is far more than just the numbers. The species is critical for the ecosystems they live in. As apex predators’ tigers keep the populations of species they prey on in check which maintains the delicate balance between herbivores and vegetation. WWF is not only protecting tigers from poaching and habitat destruction, it is also keeping vast areas of forest protected benefiting a variety of other species including humans.

The effort seems to be having success

Local populations depend on forests for their livelihoods because they provide both food and fuel as well as many other products. These forests are now being recognised for their importance in delivering fresh water, fresh air and regulating the climate. WWF’s Tx2 effort appears to be having success in many places. For the first time in over one hundred years, the decline in global wild tiger populations appears to have halted and in some countries their numbers have risen. By April 2016, the wild tiger population was estimated to have risen to around 3,900.

Nepal is an example of what happens when everyone
unites

Nowhere serves as a better example of tiger conservation than Nepal. Thanks to strong political commitment, the fate of tigers in the country has changed with their numbers in the wild almost doubling in under a decade. This achievement would have been impossible without a variety of approaches, careful planning, professional rangers responsible for enforcement and the support of local communities. The success in Nepal is an illustration of how real conservation can be achieved when all stake holders unite in their efforts.

There is real hope

There is also hope across the board. A study published at the end of last year concluded that there were 18 sites with wild tiger populations throughout Asia with the potential to see those populations triple give the right conditions. If that were to be achieved the global tiger population would increase by as much as 15 per cent. The study also found that over the next two decades some key sites could be on track achieve the maximum number of tigers if effective conservation measures are taken.