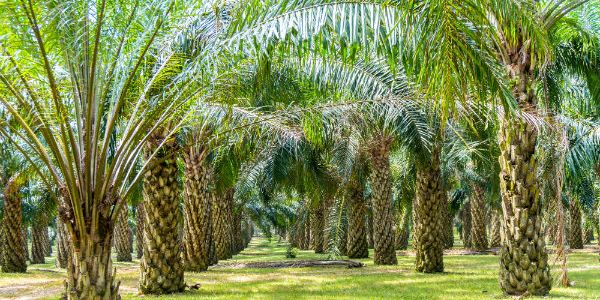 One of the biggest dangers to the earth is the demand for food and agriculture. This is because agriculture is the main cause of deforestation and is the reason why humans’ clear vast tracts of valuable habitat that threatens wildlife, sending many species to the brink of extinction. One type of cultivation is incredibly damaging, palm oil plantations. Palm oil is very important globally because it is used in a wide range of food and non-food products that people use on a daily basis. It is an incredibly productive crop, able to yield more per unit of land and requiring fewer inputs than any other type of vegetable oil crop

Palm oil only grows in Indonesia and Malaysia whom together are responsible for about 85 per cent of global palm oil production. However, its ubiquity has resulted in massive deforestation in a part of the world which previously had huge biodiversity. In the process species such as orangutan’s elephants and tigers are threatened. What is worse is that it is widely expected that production will double by 2050 which means pressure on these iconic species and their vulnerable habitats will only grow.

British companies trying to do their bit

In 2016 WWF examined the practices of more than 100 retailers, manufacturers, and food service companies around the world including many in the UK. Generally speaking British companies scored the best defying WWF expectations after it had campaigned for 10 years. The big British companies are in fact leading the way in sourcing sustainable palm oil, and whilst this is welcome news, there are many massive global brands who are either failing to act or avoiding the issue.

WWF is leading the charge in campaigning for a switch to 100 per cent sustainable palm oil usage. The answer lies not in switching to alternative vegetable oils because they end up using far more land and end up causing greater deforestation in deforestation. So this year WWF will be taking a look at the companies once again and try to understand whether they are on their way to meeting their 2020 pledge of removing deforestation from their supply chain. WWF hopes to make it easier for consumers to shop more sustainably so there is no need to have to choose between good and bad palm oil.