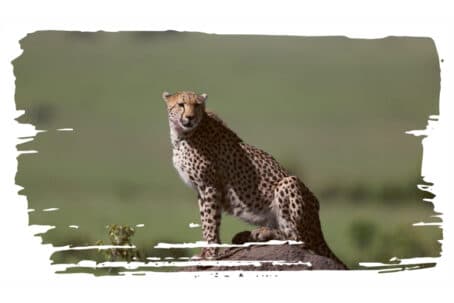 Adopt a cheetah and receive

Cheetahs are instantly recognisable with their distinctive markings and are celebrated as being the fastest land animal in the world. They are capable of speeds up to 75mph.

They are native to Africa and central Iran, and are built for speed…they have a light build, long thin legs, and a long tail. They are more social than most other big cats, with three main social groups found in the wild – females and their cubs, male groups and solitary males.

Cheetahs hunt during the day, with peaks during dawn and dusk. It feeds on small to medium-sized prey, such as impala, springbok and gazelle. Breeding occurs throughout the year; after a gestation of nearly three months a litter of typically three to five cubs is born. Cubs are usually independent by around 20 months of age.